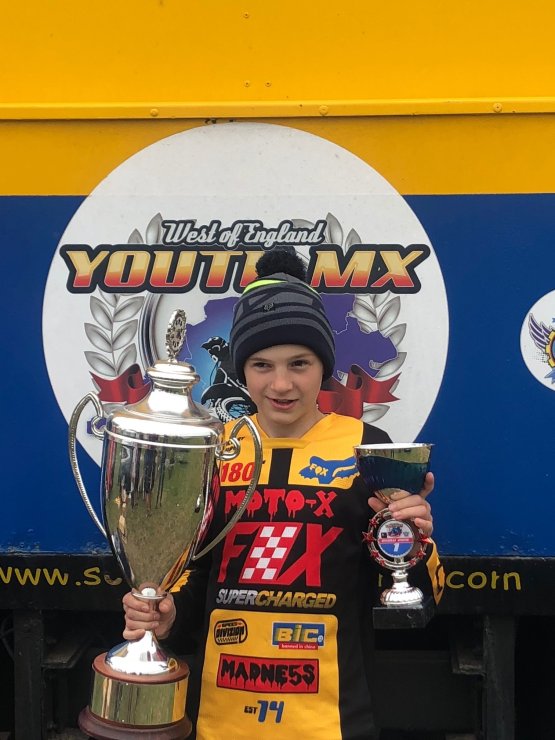 Kickstarting his career with a bang, 13 year old Hopkins is collecting cheques and championships across the continent with a dizzying array of wins and accolades in the tough-as-boots dirt bike sport.

Riding since the tender age of 4, George has progressed swiftly through the ranks of engine class to an impressive 85cc, and is trained by motocross legend Lewis Gregory.

During his time in the saddle, George has clocked up a fearsome run of trophies across his junior journey, winning the West of England Championship and the South West Motocross Championship. Also, he was selected to compete in the 2018 National MCF Team Event. Not bad for a lad who has yet to start his GCSEs!

Each race is a perilous challenge however, as the young rider found out to his cost earlier this year. Disaster struck, as Hopkins took a nasty tumble. He shattered his legs, which put him out of action for a few months. Ever the eager fighter however, he made a swift recovery, and in the past fortnight, managed to qualify for the A group in the British Motocross MX Nationals.

An incredible achievement given that just one month prior, he was in a wheelchair!

Commented Wright Property Director Claire Shambrook, “We’re thrilled to be associated with George, and wish him all the best on his already fabulous career!”

How much is my property worth?

Own a property and want to know how much its worth?

Want to find & contact your local branch of The Wright Property?